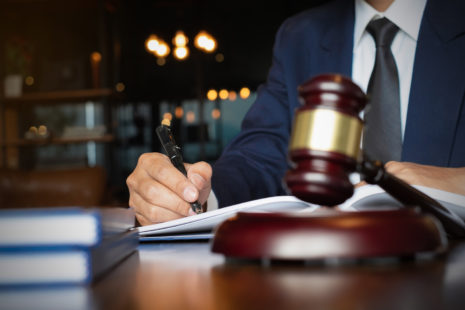 During the 2019 Iowa Legislative Session, there were developments that may impact employment-related decisions, especially related to hiring.

First, a law is set to take effect July 1, 2019, that will protect employers from liability for negligent hiring when the sole basis for liability is a prior conviction for a public offense. After unanimously passing both the Iowa House and Senate, H.F. 650 was signed by Governor Reynolds and will take effect July 1, 2019, creating a liability shield for employers who hire individuals with certain prior criminal convictions, with the exception of many major public offenses. The new law applies to the hiring of any employees, agents, or independent contractors by private employers, general contractors, or premises owners. It does not immunize employers from general tort liability for negligent hiring or lack of supervision, but rather removes the possibility of lawsuits that are based solely upon the hiring of an individual who was convicted of a public offense. As Governor Reynolds described, the bill “opens doors for Iowans who deserve a second chance by protecting the job creators extending a helping hand.”

Second, the Iowa Senate passed a proposal (not acted on by the House) that would have redefined “misconduct” for unemployment benefit purposes. Under current law, unemployment benefits can be denied by the Iowa Department of Workforce Development (IWD) if the IWD finds that an individual’s employment was terminated due to “misconduct.” But the current definition of misconduct is a higher standard for employers to establish than the proposed definition of “misconduct” in S.F. 561, which lists 16 specific actions that constitute “misconduct,” including “excessive unexcused tardiness” and “creating or attempting to create dissention or animus against the employer.” If passed in the form approved by the Senate, this change would make it easier for employers to demonstrate misconduct by a former employee when contesting an application for unemployment benefits.

Iowa’s Legislative Services Agency noted that this redefinition would require the IWD to more thoroughly investigate unemployment claims, necessitating the hiring of three additional employees. While this proposal did not pass in the 2019 legislative session, employers should look for the issue to potentially resurface in the 2020 session.

Third, the Iowa Senate passed a proposal (also not acted on by the House) that would have required every Iowa employer to check a federal system to determine whether job applicants are legal residents and eligible to work. S.F. 516 would have mandated that employers use E-Verify, which is operated by the Department of Homeland Security, before hiring any employee. E-Verify checks an applicant’s identification documents – such as a driver’s license or social security card – against federal databases to ensure that the employee is eligible to work. Although the proposal was not voted on in the House, the chairman of the necessary House committee expects to take up the matter in 2020.

Because the 2020 legislative session will be the second session of the 88th Iowa General Assembly, both S.F. 561 (addressing unemployment benefits) and S.F. 516 (E-Verify) may become law in 2020 without ever returning to the Senate. If the House passes these bills in 2020, in the same form as they were passed by the Senate in 2019, the bills can be sent straight to the Governor, without reconsideration by the Senate.

Finally, employers should stay informed of the changing status of medical marijuana. Governor Reynolds vetoed a bill that would have expanded the potency and amount of medical marijuana that could be possessed under Iowa law. At the time of this article, Democrats were calling for a special session of the Iowa Legislature to override this veto, though this is unlikely to occur. More likely would be a new or modified measure in the 2020 legislative session. Employers should stay informed of these developments to the extent medical marijuana raises accommodation issues in the workplace.

If you would like assistance with any employment law matter, or you have other questions related to your obligations under these laws, please contact one of our Employment & Labor Group attorneys.