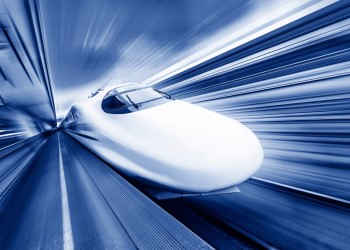 On October 8, 2016, the Ministry of Commerce of China (MOFCOM) issued Interim Measures on the Administration of Record Filing for the Establishment of and Change to Foreign Invested Enterprises (Interim Measures). These Interim Measures implement reforms in the government approval process and filing system for most foreign invested enterprises (FIEs) that were announced last month by the Standing Committee of the People’s Republic of China. On September 3, 2016, the Standing Committee amended four regulations on foreign direct investment and investment from Taiwan (FDI), which marks a new, more lenient FDI regulatory regime. These amended regulations took effect on October 1, 2016, and apply to FIEs, including wholly foreign owned enterprises (WFOEs), equity joint ventures (EJVs) and cooperative joint ventures (CJVs). The amendments removed the previously required case-by-case administrative approval process for FIE establishment and certain significant corporate changes. Under the new regime, instead, FIEs that do not fall under the limited category or prohibited category of the Foreign Investment Catalogue, and are not subject to any shareholder limitations under the Foreign Investment Catalogue would only need to submit a record filing to MOFCOM or its local counterparts. Furthermore, FIEs are allowed to file through an online system as late as 30 days after the establishment or change.

The new record filing process applies to the following matters that previously required approvals from MOFCOM or its local counterparts:

The Interim Measures further specify the scope of record filings, in particular, the scope of “significant corporate changes” as follows:

(1)  Changes to basic information on an FIE, including name, registered address, type of enterprise, duration of existence, industry of investment, business type, business scope, whether the equipment for the FIE is eligible for tax reduction or exemption, registered capital, total investment, organizational structure, legal representative, ultimate actual controller of the FIE and contacts or contact details;

(2)  Changes to basic information relating to the investors of an FIE, including name, nationality or address (registered place or address), ID card type and number, subscribed capital contribution, form of contribution, deadline for contribution, source of fund and type of investors;

(3)  Changes to equity and cooperation rights and interests;

(5)  Mortgages and transfers of property rights and interests of FIEs;

(6)  Advance exit of investment by foreign investors from CJVs; and

(7)  Delegation of operation and management of CJCs.

Where mergers, spin-offs or reductions of investment shall be publicly announced under the law, the record filing should also include information about the public announcement. For listed companies or SMEs listed on the National Equity Exchange Quotations (NEEQ), record filing is not required for changes to basic information relating to the investors or changes to equity unless the changes to the shares owned by foreign shareholders are more than 5 percent in aggregate, or that there is a change of control or change of relative control.

FIEs shall submit the following documents for recording filings:

These amendments to FIE regulations and the Interim Measures are expected to substantially ease government control of and involvement in FDI. Approval from MOFCOM or its local counterparts would no longer be a pre-requisite to establishment and certain corporate changes of FIEs not subject to restrictions and the administrative process would be simplified and streamlined. That said, there are still issues to be clarified by authorities. We will continue to watch developments in the FDI regulatory regime and will issue follow-up alerts as appropriate.